Turtle or Tortoise?
Turtles and Tortoises both are Chelonians. The differences are as follows.
Turtles have webbed feet and it helps them adapt to swimming .They live mostly in the water and come out to bask in the sun or lay eggs.
Tortoises live on land and have rounded feet that look like elephants in A lot of cases.They are not good swimmers and can drown.A lot of tortoise species dig burrows to escape the elements.

(Rosey- A resuce we had who was clipped by A car.She ended up doing great and was released ! Rosey is A Turtle)

Here is another interesting fact.Some turtles live mostly on land but can swim and live near A water source.They however are not considered A tortoise since they are not 100% land dwelling. 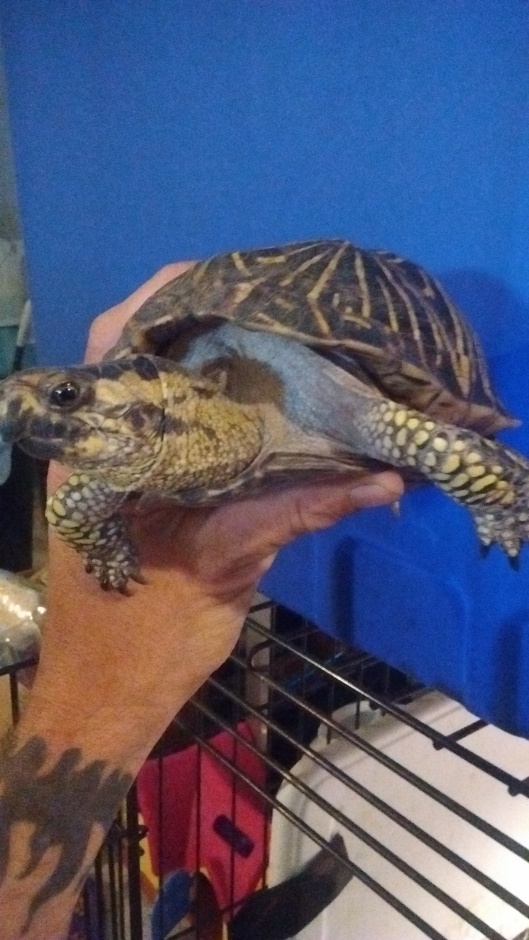 So there are your basics.My disclaimer is this post was aimed at people who might not know and want to learn somthing new.I wrote this because my Tortoises want to raise awareness. They get called Turtle A lot when were out and about. 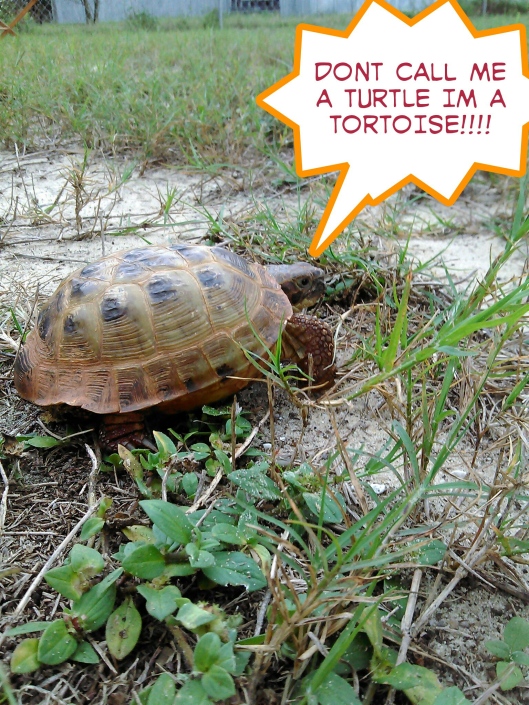 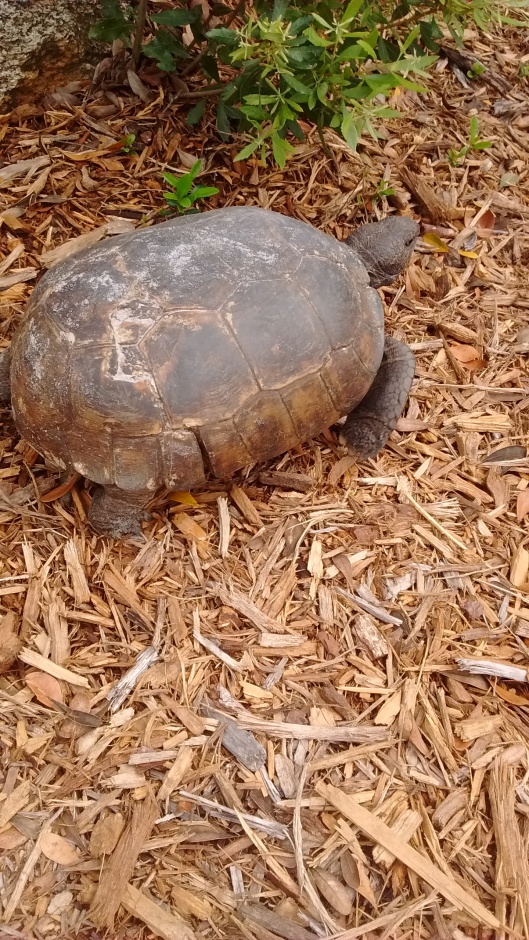 Hello all and first off I would like to thank you for reading my blog.Without people reading this it would just be A bunch of lonely words doing nothing.
I have decided to write about one of my favorite Tortoise species the Florida Gopher Tortoise! I am A lover of all things tortoise.I own 3 Russian Tortoises,1 Sulcata Tortoise,1 Hermans Tortoise and A Red Foot Tortoise.I am sure those all will be written about down the road however today I am writing about A Tortoise I cant touch or own because they are protected.
The story is kind of sad but needs to be talked about.The Gopher Tortoise is native to Florida,Georgia and Louisiana.
Their population has declined to the point where they are on the threatened species list.The decline is due to preditation,property development and unfortunately some really sick humans who take them for their meat.It breaks my heart knowing A 40+ year old living thing can be taken away by A selfish person for A meal.Another thing that breaks my heart is seeing them ran over because they built A road near their habitat they have been in for years and years.Aside from humans wild babies have A slim survival rate due to predatation.After adulthood they have very few predators but their mortality rate is crazy until that point.
💥The Species is the state reptile of Georgia.
💥They are considered A keystone species because their burrows they dig are up to 48 feet long and house many species.Without Bob The Builder Tortoise A lot of species would have no shelter.
💥Gopher Tortoises spend A bit at the entrance of their burrows to warm up and get ready to eat their yummys! Over 300 types of weeds and grasses.
💥The entrance of their burrows is also where females lay eggs and babies stay near by the first year or so.
💥No solicitation is their motto when it comes to burrows.They dont like to share.

Some personal opinions I have and your all allowed to disagree.
💥I will always respect the law but I believe A better plan would be to allow these into the pet trade.Leave what is in the wild alone however have breeders pay A good fee to breed and sell these.
Provide documentation on where it was obtained and donate all breeding rights money toward wild conservation.The reason being the no touch or take deal will lead to total extinction in 30 years.Older ones will die off naturally and babies have a slim chance in the wild.More and more land is being put up for sale daily .The FWC charges fees to contractors for relocation.They make A lot of money and its the only time they disturb them.The pet trade saved the Crested Gecko who was thought to be extinct until 1994,time to save the Gopher Tortoises.
💥I think every place these Tortoises are in the wild need to be plastered with warning signs.By the Beaches on the trails and anywhere else.Explain its A felony to take,or disturb them in the wild.There is A video I still wont watch of A young girl online.She threw A Gopher Tortoise in the water because she thought it was A swimming turtle.Needless to say the poor thing passed.Another is an instance where A teen torchered and lit one on fire.She is awaiting trial.
It’s not hard to put A pic of A Gopher Tortoise where they live and say dont you mess with these it’s A felony and they dont swim.
I hope you enjoyed the read and come back again.
Joey